What Can a Pierre Trudeau Piece Do For Your Office?

A set of office furniture owned by the charismatic Canadian politician Pierre Elliott Trudeau is up for auction at the Heffel Fine Art Auction House. The desk, shelf cabinet and office drawer were commissioned from award-winning Portuguese designer Alexandra Champalimaud specifically for Trudeau and are valued at an estimated $4,000 to $6,000. 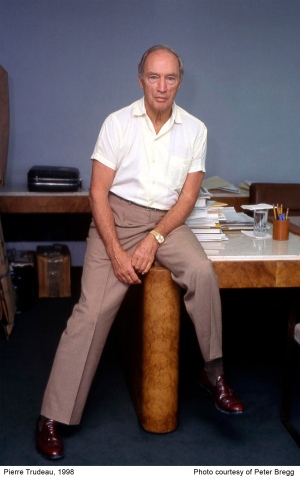 Pierre Trudeau sits on his specially commissioned desk, which is now up for auction.

As the head of the Liberal Party, Trudeau advocated for making Canada a “Just Society,” defending the newly implemented universal health care and regional development programs as well as expanding the welfare state. He was also behind the implementation of bilingualism, which required that all federal programs be offered in both English and French.

Another claim to fame: He was the first world leader to meet with John Lennon and Yoko Ono on their tour for world peace. Lennon described Trudeau as a beautiful person and said “if all politicians were like Pierre Trudeau, there would be world peace.” He even has an airport named after him.

The pieces are made of maple burl wood, veneer, marble and bronze and are both modern and clean. The marble-topped desk is large at 29 1/4-by-88 1/2-by-48 1/2 inches, with rounded pedestals supporting the ends. The shelving unit consists of a maple burl wood base with cabinet storage and bronze and plexiglass shelves and the office drawers are five separate pieces that can be placed together or apart and complement the desk and shelves in both style and material. 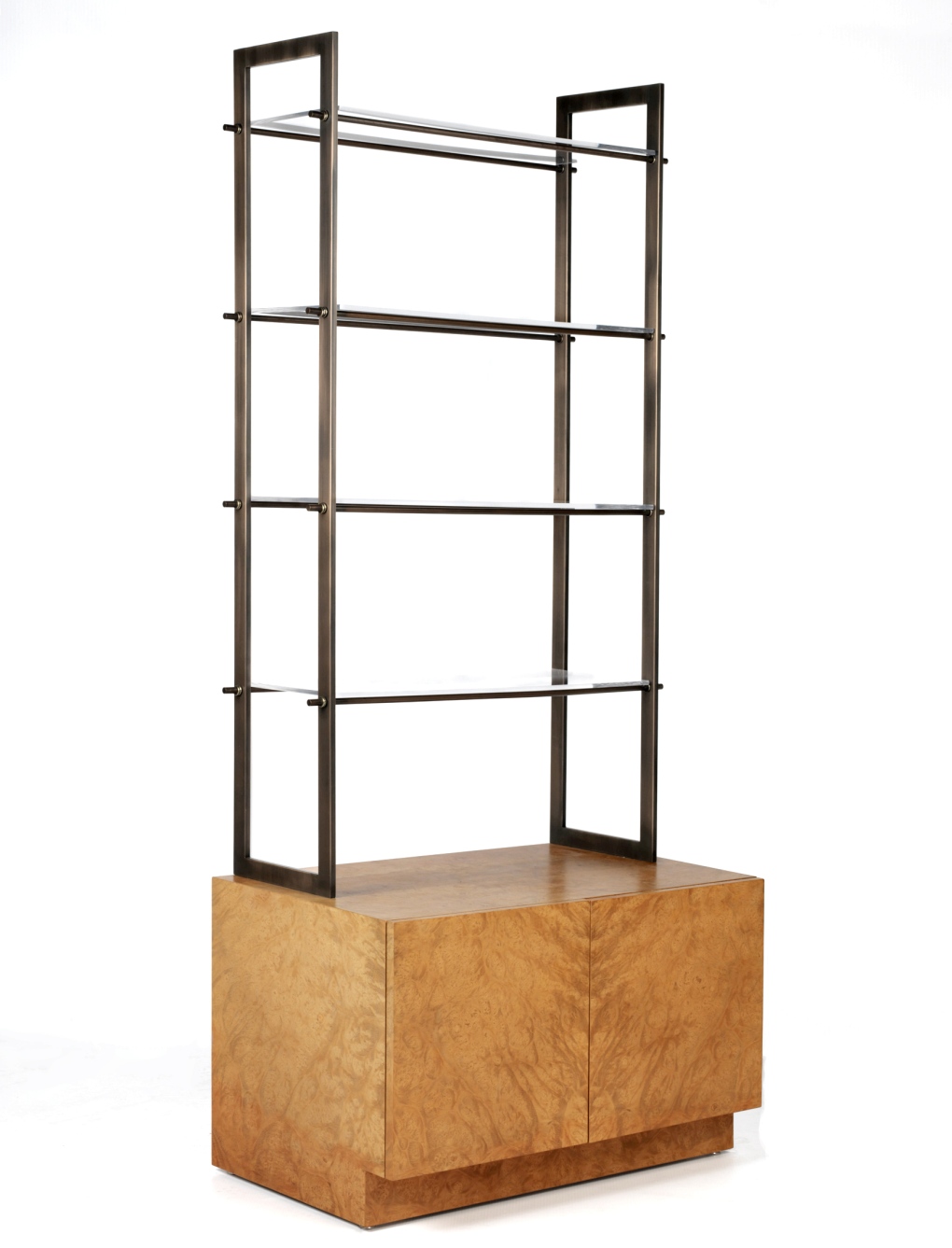 Shelves from Trudeau’s office made with maple and bronze.

With their sturdy design and contemporary style, these pieces belong in the office of someone who’s forward-thinking, innovative and a born leader.

Bidding closes Sept. 26, so there’s still time for you to own a piece of Canadian history (they were also used by Prime Minister Jean Chretien while he worked at Montreal law firm Heenan Blaikie). Proceeds from sale go to o The Pierre Elliott Trudeau Foundation, which promotes outstanding research in the humanities and social sciences.

If you miss out, you can still find pieces that are similar to the late politician’s (that are probably more affordable) like this Kimball maple doublepedestal desk or this gorgeous burled wood Kittinger Partners Desk both available at Arnolds. There are also options on eBay, including this executive desk with storage credenza and bookshelf all in a maple veneer, this nature-inspired walnut and glass desk or this one-of-a-kind acacia wood slab desk with iron legs.

Arnold’s provides smart solutions to your office furniture needs. Let’s work on your project together!

Arnold’s headquarters are just outside Philadelphia, but we service nationwide!